BBNaija’s Laycon vents out for being snubbed by Headies

Former Big Brother Naija ‘lockdown’ winner and upcoming singer, Laycon has vented out over how he was completely ignored by organisers of Headies Award.

We reported on May 24th that the list of nominees for 2022 Headies Award was released, unfortunately Laycon wasn’t nominated in any category.

In a series of tweet, Laycon noted how he wants to be recognized for his crafts even when he doesn’t win am award.

He stated that though, he isn’t a fan of judging people with the adjective “Best”, however, he sees award as a compliment, something that tells him that people see the work he has done and should put in more efforts.

Laycon admitted that not everyone would win am award, neither will all be nominated. He also pointed out how people who were nominated for an award would complain if they don’t win. 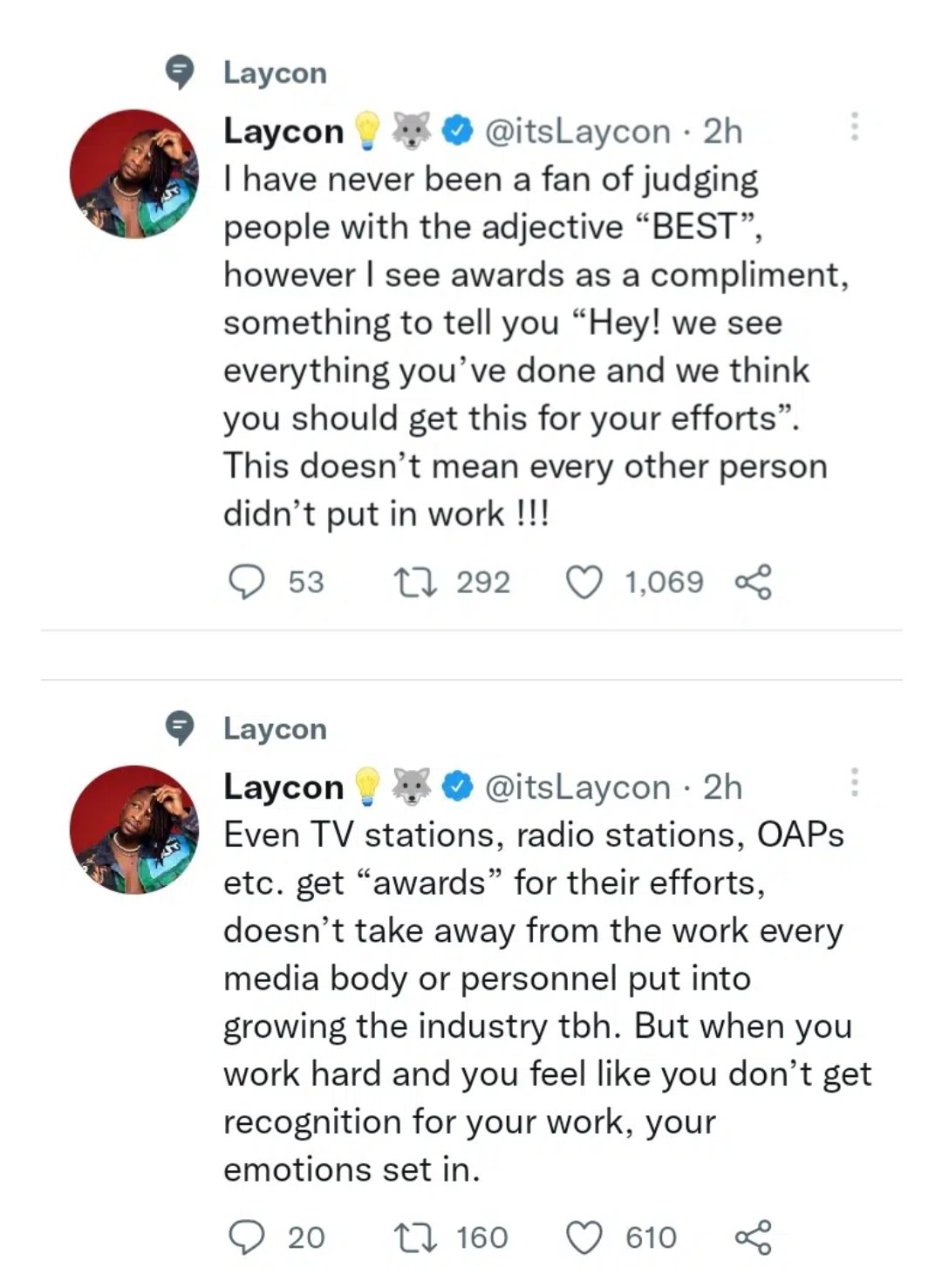 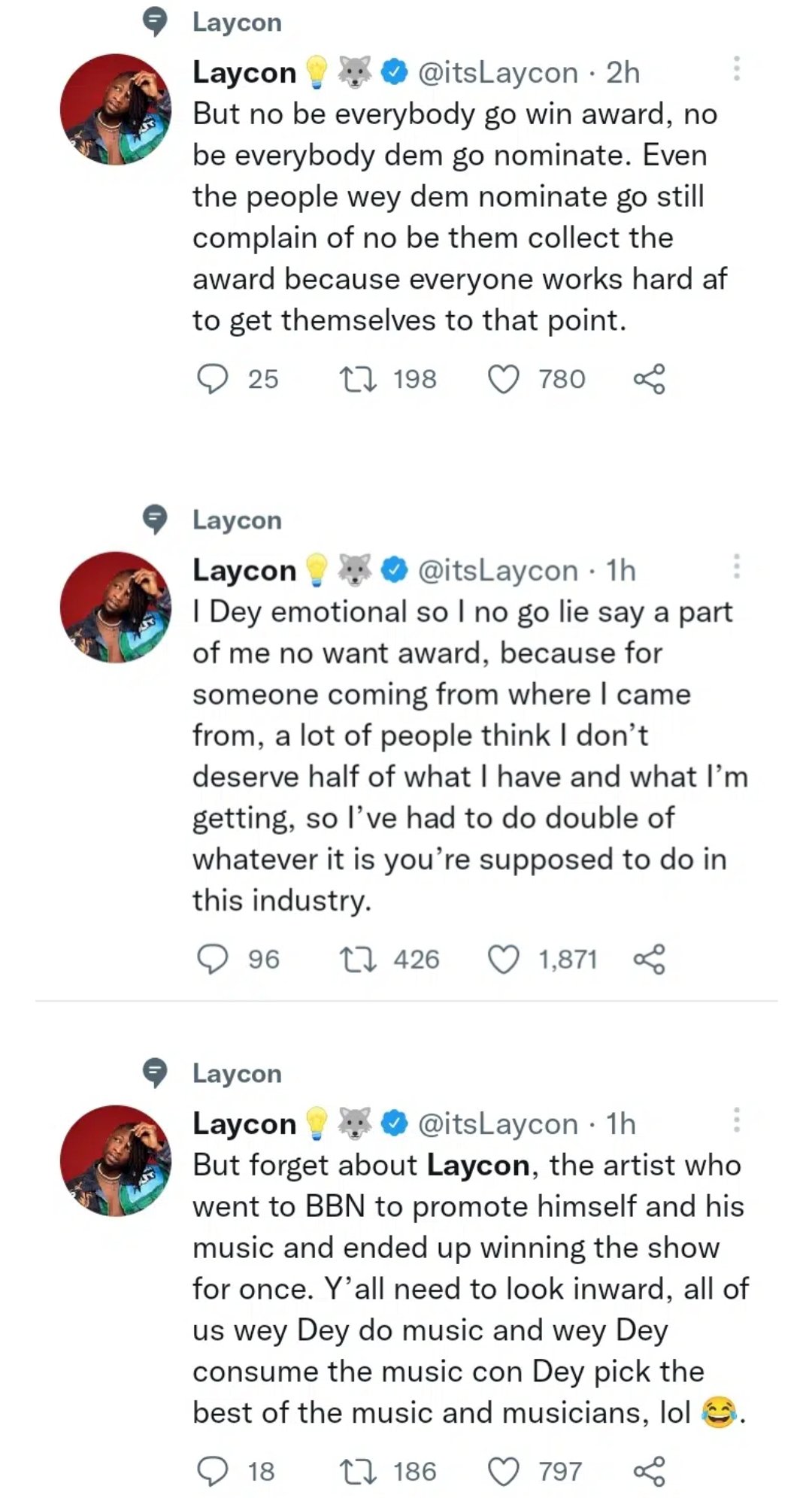 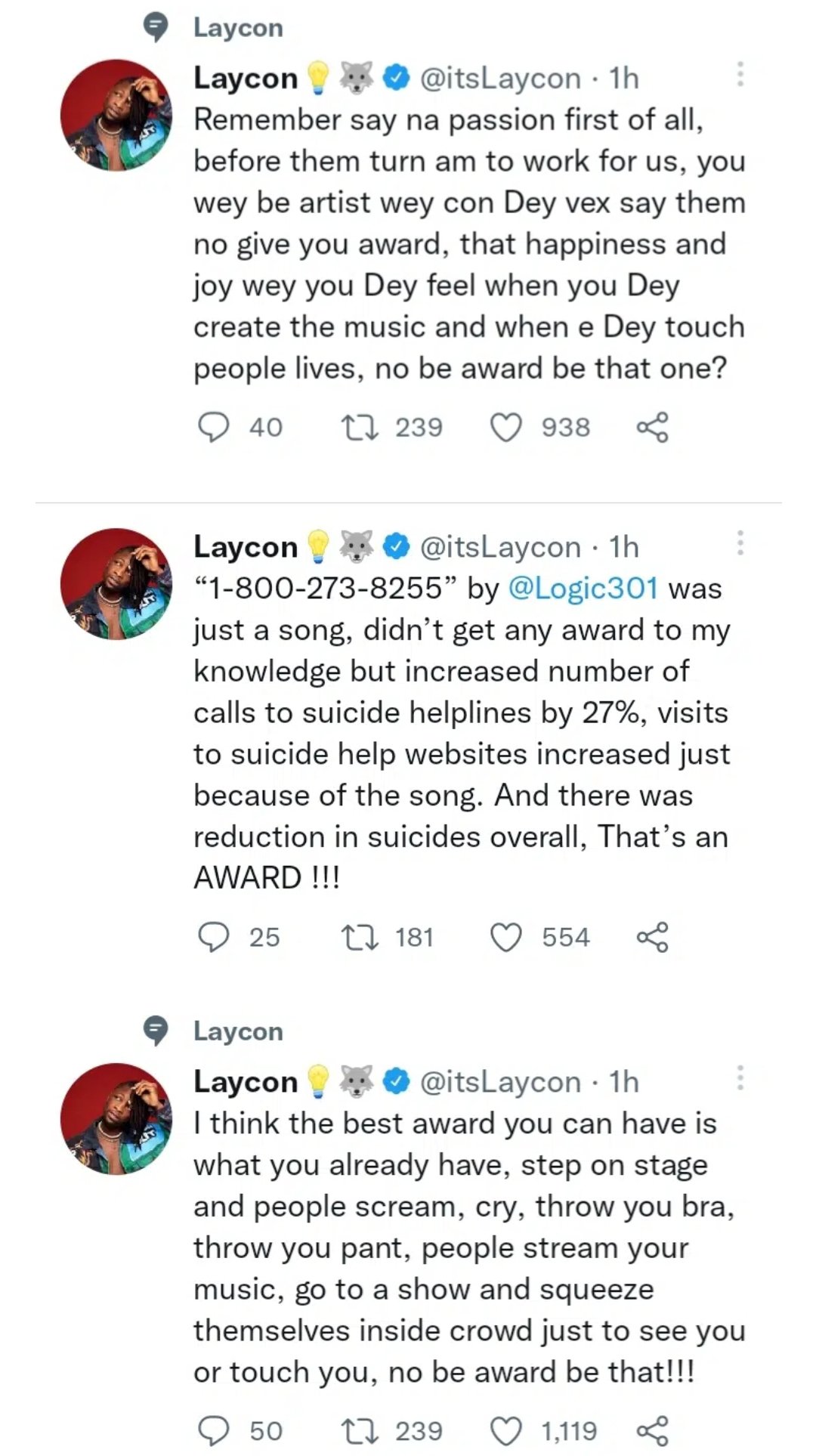 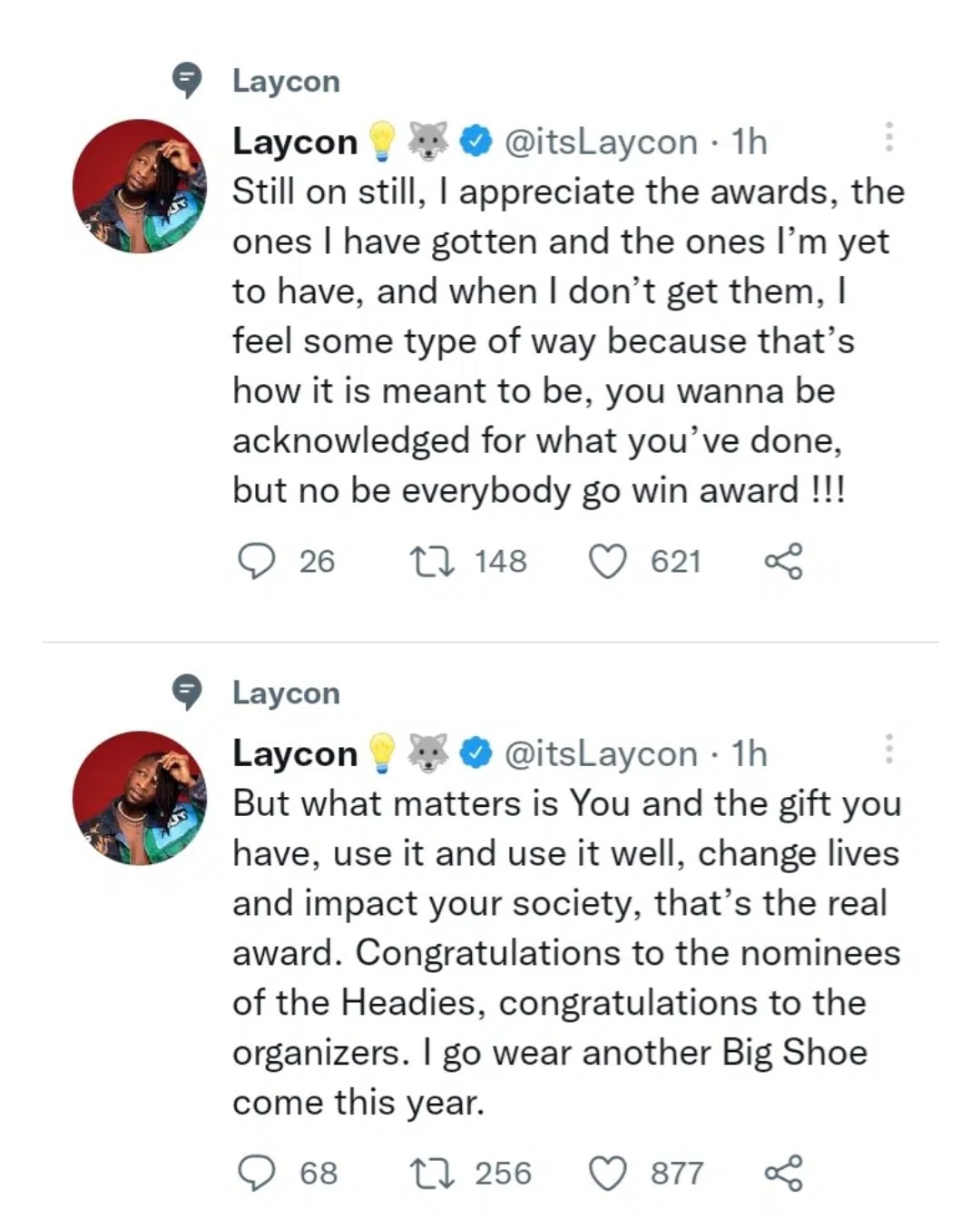