Popular Nollywood actress, Caroline Hutchings has fired back at Toyin Lawani as they continue to drag themselves on social media.

Toyin called out the actress for allegedly sleeping with her ex husband in their matrimonial home and equally being the reason why she and her daughter were kicked out of their home.

The thespian has however continued to deny the allegations revealing that the fashionista is in the habit of snatching young men.

Caroline shared a chat she had with a friend which further revealed that the fashionista’s husband Aremo had accused her of having an amorous relationship with ‘Wiz’.

“Toyin has accused me of allllll
sorts because of her married lover . Things I
have absolutely nothing to do with . She accused OTHERS as well .. Toyin rest ..you LIE too much. Focus on your marriage . FOCUS .

Localized id*ot that lied my ex asked her out in boat club toilet . This retard that steals young married men from their cradle. You come here to chat shit cause I refused to join your c#lt of lesssbiiians . You are mad with a capital M. @tiannahstyling2 . You think I am Mandy” 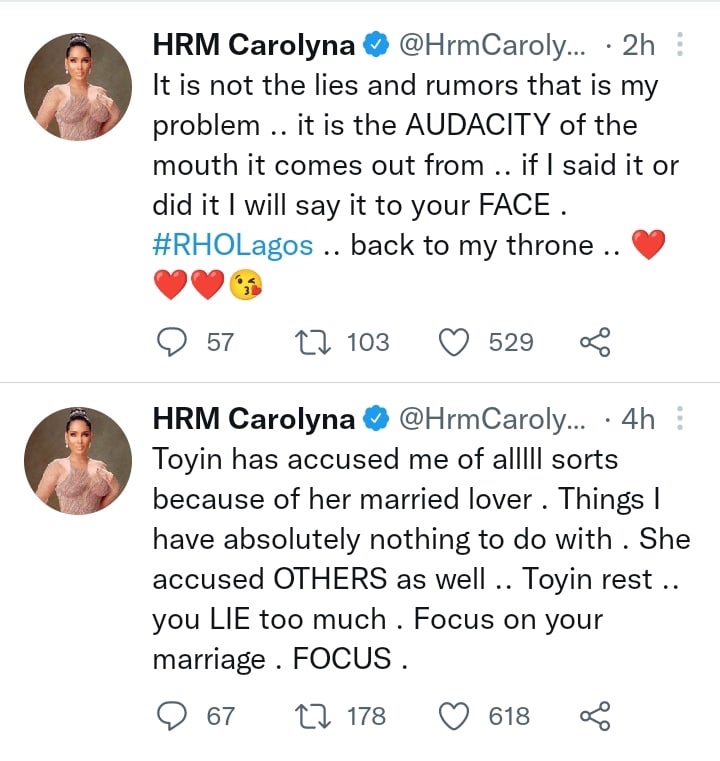 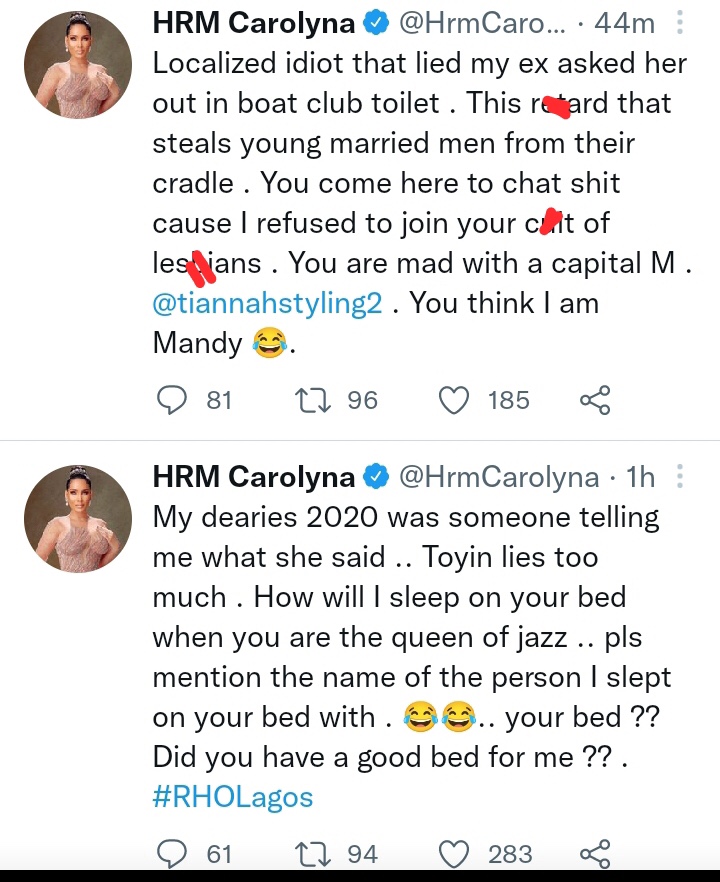 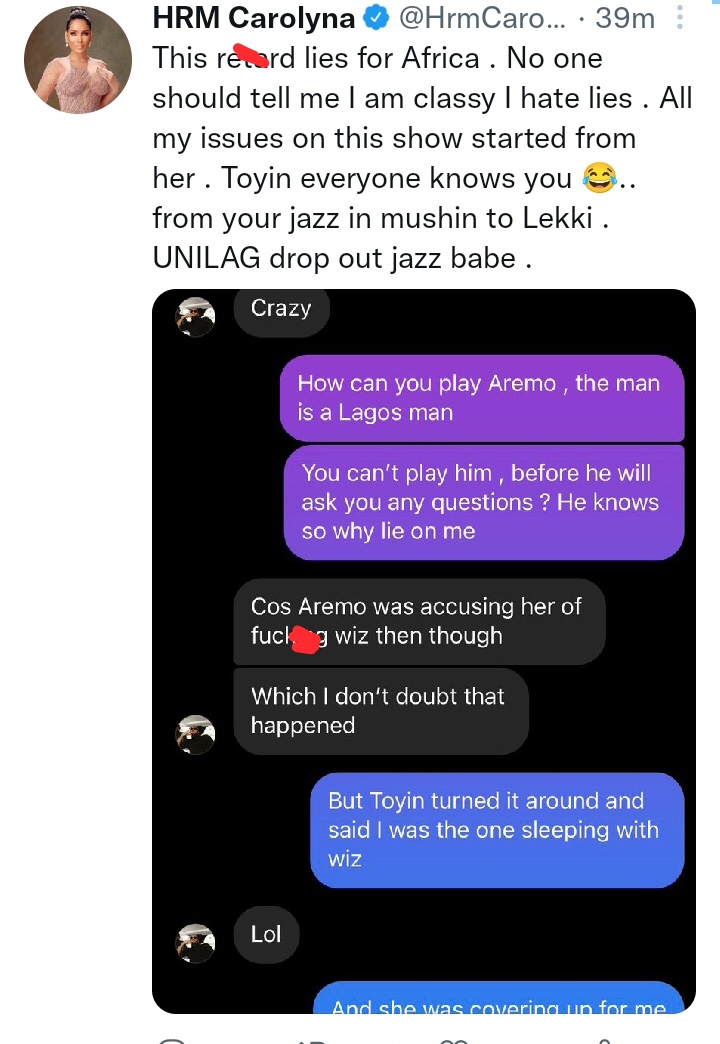