‘He’s running again, support him in real terms, his team will need more than funding’ – Lami Philips pleads on behalf of Banky W

On Monday, Nigerian singer turned politician, Bankole Wellington, popularly called Banky W, won the PDP ticket to represent the party as its House of Representatives candidate in the upcoming 2023 elections.

Banky W is contesting for the Eti-Osa Federal Constituency seat and had said on Sunday that he would patiently wait for the Peoples Democratic Party (PDP) primary election.

However, there are some contradicting reports that claimed Banky W lost the ticket to represent his party.

His colleague and close friend, Lami Philips has beckoned on everyone eligible to vote at Eri-Osa local government to jointly support the singer who is happily married to actress, Adesua Etomi. 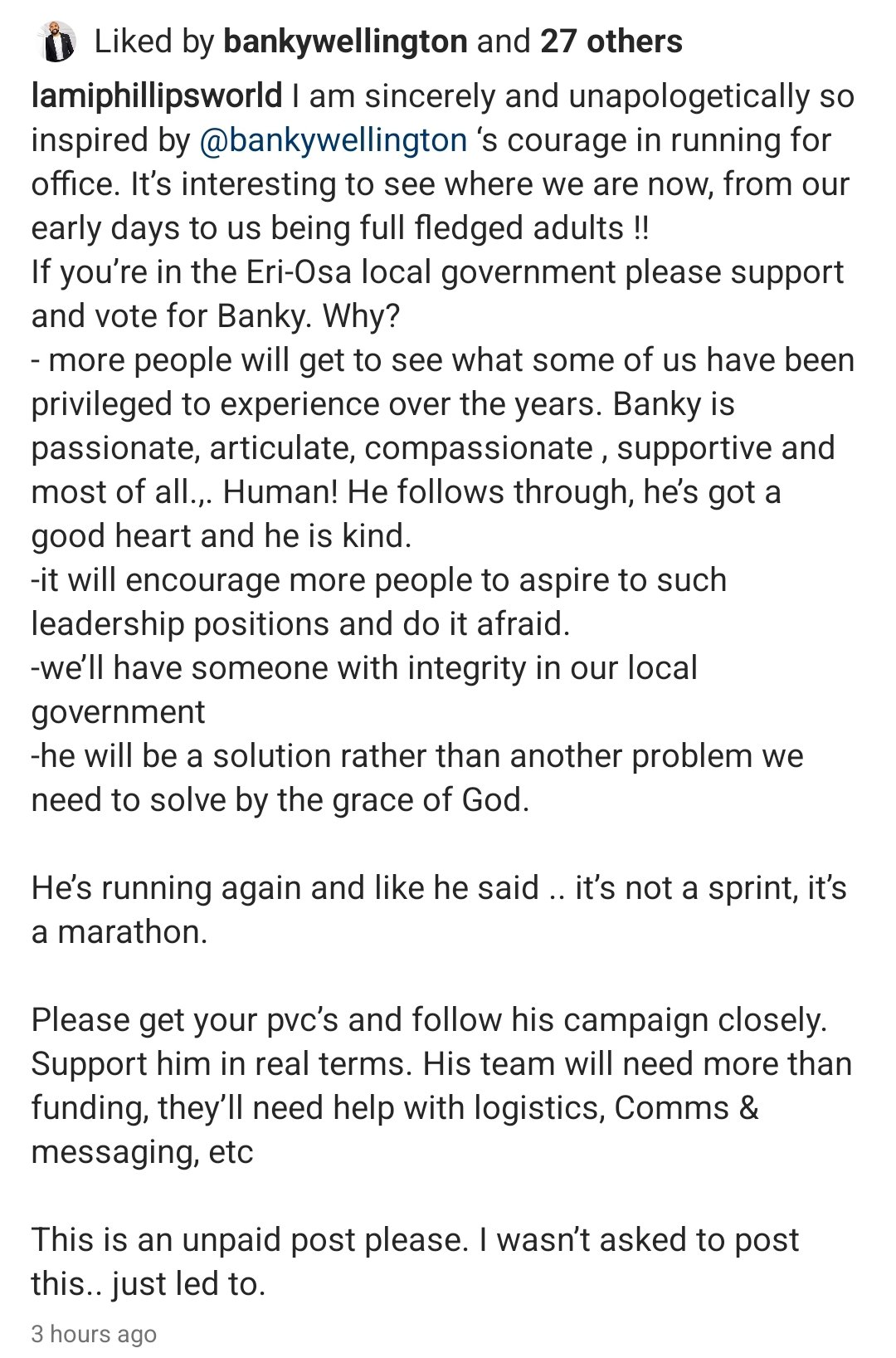